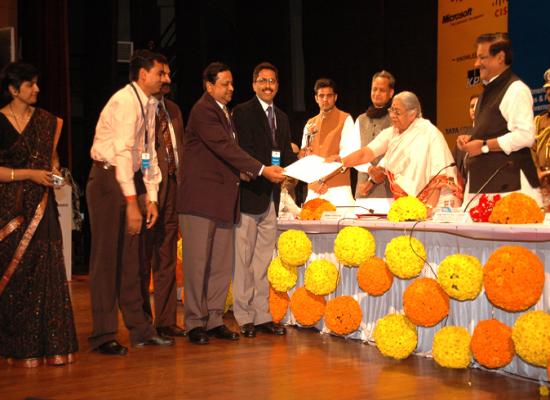 Madhya Pradesh has been conferred with the prestigious National e-Governace Award award by the DARPG, Ministry of Personnel Public Grievances Pensions, Govt. of India for the year 2010. The award was given in the category – National, for the project i-GeoApproach Internet Geomatics – Based Application for Planning Rural Road Connectivity to Habitations(Under Pradhan Mantri Gram Sadak Yojana(PMGSY)), developed by Madhya Pradesh.