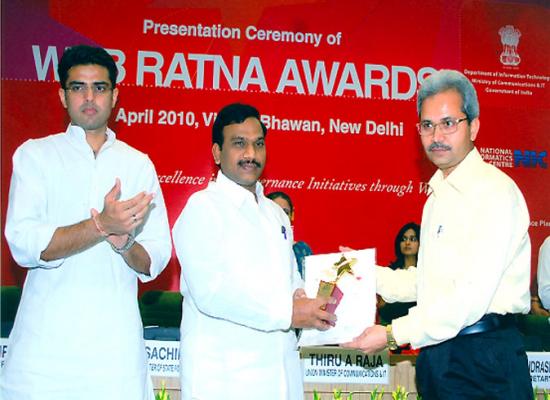 Madhya Pradesh has been conferred with the prestigious Web Ratna Awards 2009 NCNP Category award by the DIT Government of INDIA for the year 2010. The award was given in the category – National, for the project Platinum Icon award for 2009 under NIC Coordinator for the National Portal category of Web Ratna Awards for displaying exemplary initiative, developed by Madhya Pradesh.