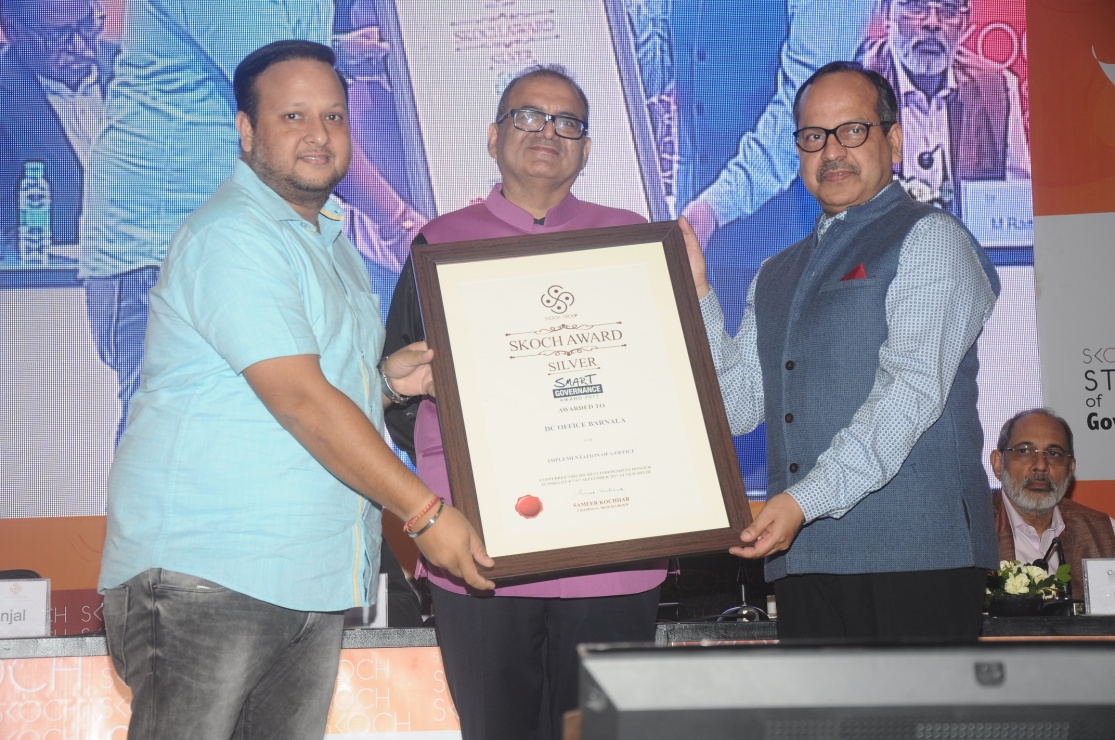 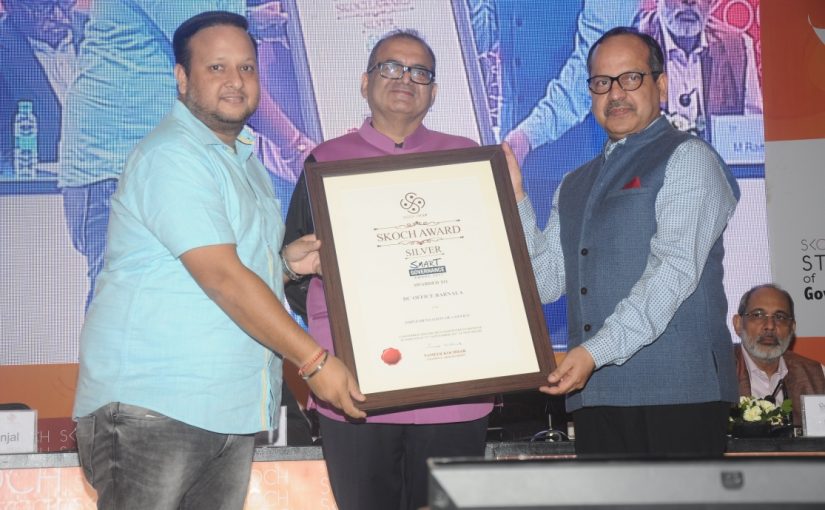 Deputy Commissioner Office, Barnala, Punjab has been awarded with the prestigious   SKOCH SILVER AWARD 2017 and SKOCH Order-of-Merit Award 2017  under Smart Governance Category for implementation of eOffice in Deputy Commissioner Office, Barnala. . Implementation of eOffice in DC Office Barnala was started in 2016 and all the branches where eOffice was implemented andwere made paperless in one go. As per the directions of State Government not only the 4 pilot branches were included but 10 non-pilot branches were also made live. Every employee of DC Office was trained by NIC Barnala and District Barnala now leads in creating the maximum number of e-Files in Punjab as compared to other districts.