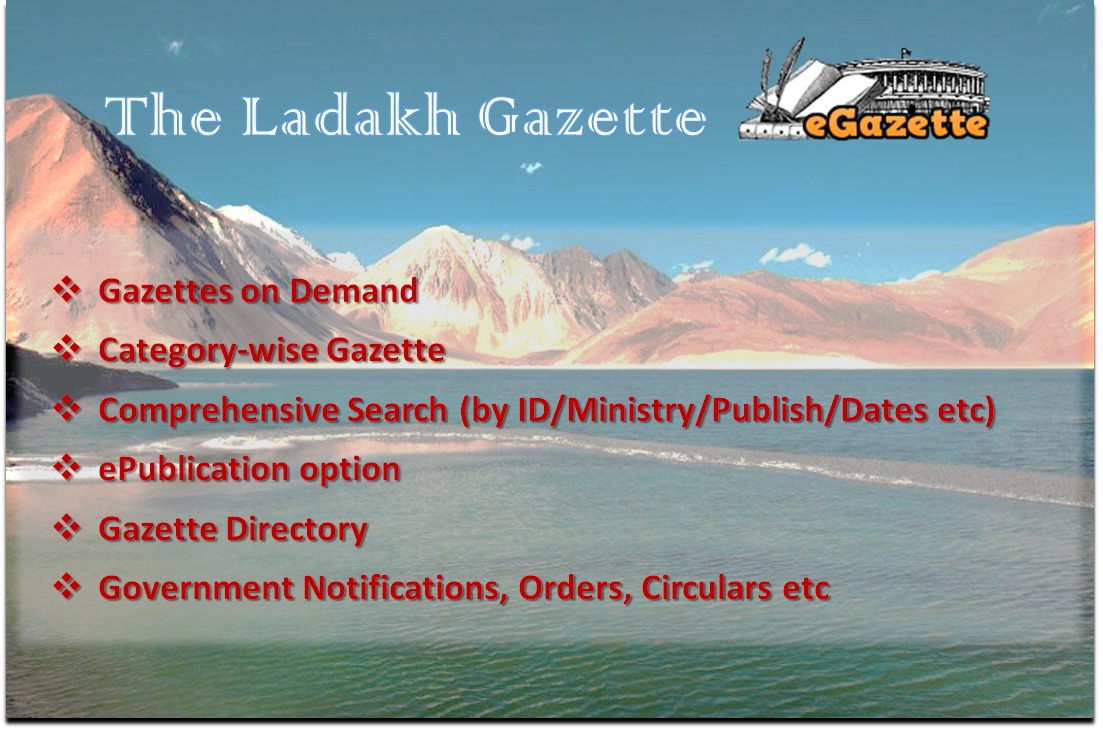 Ladakh e-Gazette’ is a major initiative taken by the UT Administration and is an important step in making the UT a smart and a digital-friendly place. The portal is an initiative for publication of the gazette notifications of the Union Territory of Ladakh. All Parts, sectors and Sub-section of Ladakh Gazette are uploaded in the e-Gazette website by the concerned department which can be accessed free of cost by the general public being available in the public domain.

The portal was launched by Advisor to the LG, Ladakh through NIC Video Conferencing Service. He appreciated NIC’s efforts for developing the e-gazette software & adapting it for Ladakh.