Keeping in the view of privacy of Aadhaar Numbers and its related data, the Unique Identification Authority of India (UIDAI), vide its circular of 2017, has made it compulsory to store all Aadhaar Numbers collected by authentication user Agency (AUA)/e-KYC user Agency (KUA)/Sub-AUAs/ or any other agency in a Centralized Dedicated storage in encrypted form identified as “Aadhaar Data Vault” (ADV).

Aadhaar Data Vault enables e-Governance applications in eliminating Aadhaar footprint in IT eco-system and builds an abstraction layer (Reference Key) for safeguard of Aadhaar Numbers and its related data.

All the agencies which store Aadhaar Numbers in a structured and electronic form for internal identification purposes such as attendance management, ration delivery, scholarship delivery, financial transactions (PFMS) etc. may use Aadhaar Data Vault Service which eventually results in low risk of unauthorized access of Aadhaar Numbers and its related data within organization systems.

ADV Service at a Glance 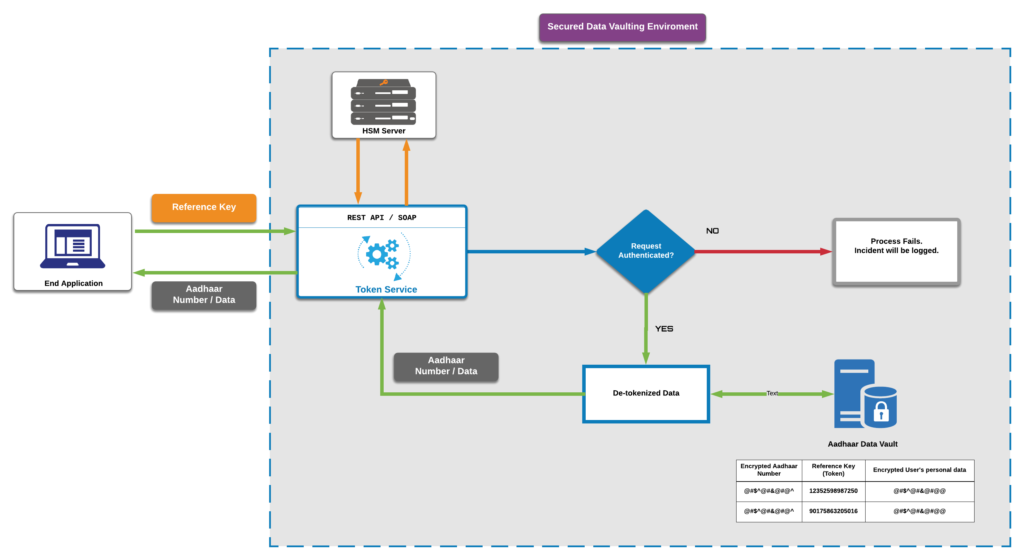 The ADV stores Aadhaar numbers collected by an e-governance applications in a secure encrypted database separate from user application database. Each Aadhaar Number is mapped to a Reference Key, which is returned to the user application for storing in place of the Aadhaar number and this reference key is used for delivery of Aadhaar based services. 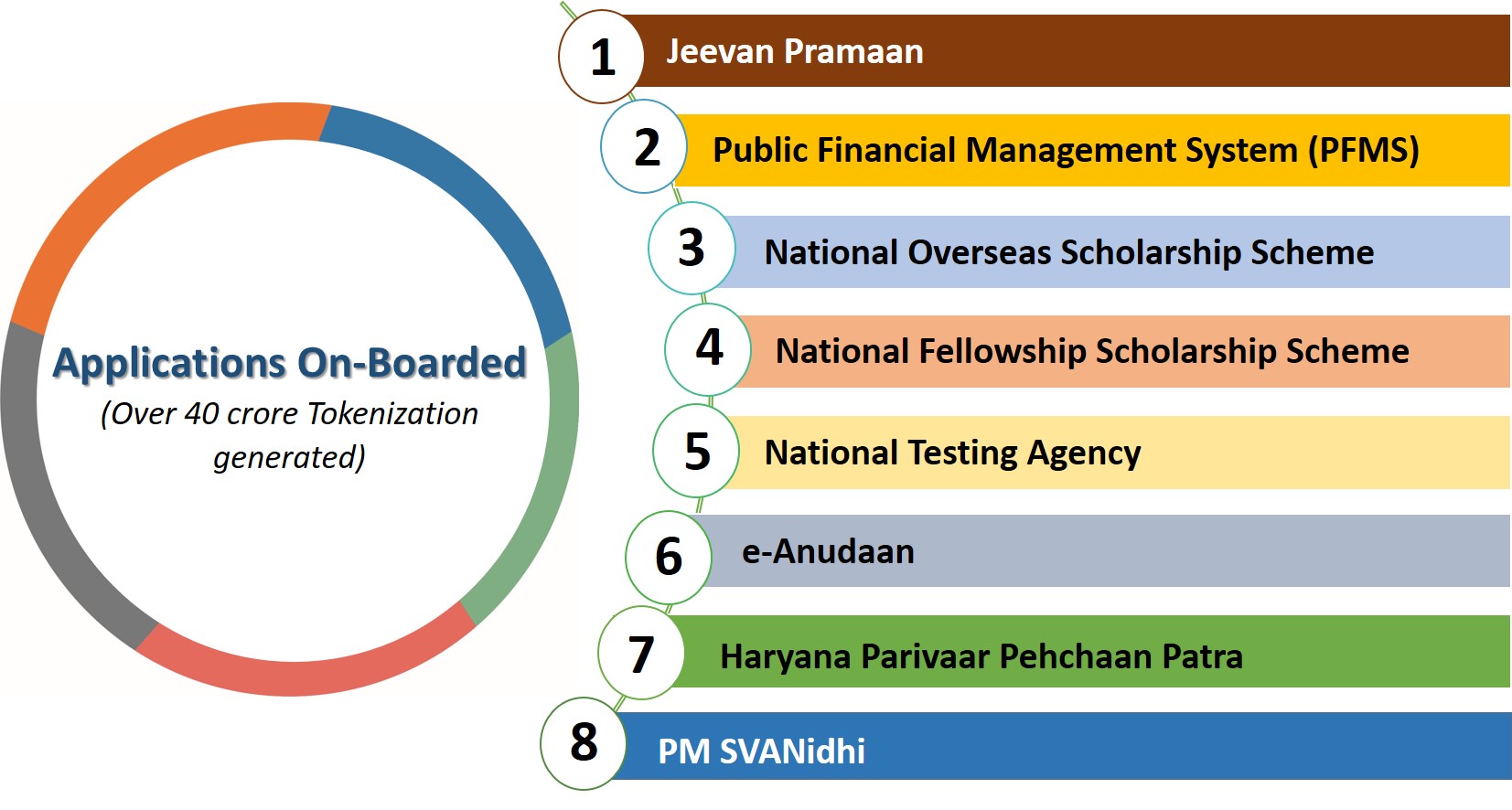 Central Govt. and State Govt. Ministries, Departments, Organizations availing IT services from NIC and having their servers hosted on NICNET may avail Aadhaar Data Vault Service. For more details please contact at support-edmsd[at]nic[dot]in